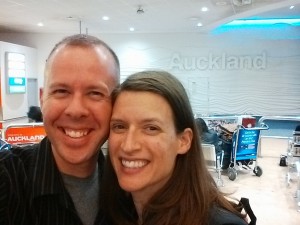 After a very long flight from San Francisco, we finally made it to Auckland, New Zealand.

13 hours on a plane may sound pretty bad, but it was actually a good flight. We were a few rows from the back of the 747-400, but the seats had decent leg room.

The only hiccup during the flight was when the flight attendant’s beverage cart hit a seat and a bottle of wine spilled on me and two other passengers. I will admit, Pinot grigio in the eye kind of burns a little. I tried to hide the drops of red tears from Andrea, but a there’s nowhere to run in a plane loaded with 400 people. The crew apologized and I told them not to worry. I only asked if I could have a glass of wine since it tasted pretty good. They also gave us (Andrea) a first-class amenity kit and (me) a pair of noise-canceling headphone which really work quite well.

After making our way through customs we hit the ATM to get some cash. $1 NZD is worth about $0.84 US Dollars. So the sticker shock on some prices isn’t as bad as it looks – plus tax is included in the price unlike the US.

Our second stop, and most important, was a cell phone shop for a SIM card for my phone. Since we’re blogging about our adventure each day, internet access it pretty important. The great news is that it’s not too expensive. I picked up a $30 prepaid card from Telecom that includes 3GB of data. It seems to be working great as I’m updating the blog on my laptop while being tethered to the internet from my Nexus 5

We knew it was going to be a very long day since we got in early. So we had to figure out what to do to keep us awake all day. We took a cab to our hotel which is downtown only a block away from Sky Tower. We couldn’t check-in, but were able to drop off our bags so we could explore town a bit.

Auckland has about 1.4 million people living here, which is almost a third of New Zealand’s entire population. Downtown reminds Andrea and I of Sydney a bit, just on a smaller scale.

We had a light breakfast at a coffee shop near the waterfront. It’s fall here in New Zealand, about the same temperature at the Bay Area right now hovering in the mid 70’s. It’s just noticeably more humid here. Andrea’s hair is pulling some neat tricks!

After walking around a while, we came across a couple nice parks. Auckland Domain is pretty large and they were preparing a “bed racing” event to be held later in the afternoon. Unfortunately, and ironically, we were too tired to wait around for it, so we continued on.

Sky Tower was our next stop. We bought tickets, hopped in the elevator, and made our up the 1,076 foot (328 meter) tower. It offered great views of the Auckland skyline as you can see in the photos below. The highlight was the sections of glass floor. It’s slightly unnerving walking on them. It’s just not natural to see nothing under your shoes but 610 feet of air and 38 millimeters of glass.

Our next stop was lunch (and some drinks to welcome us to New Zealand). Then it was time to officially check into our hotel and freshen up. Instead we opted for a power nap. Well, let’s just turn that plan into an hour nap. Okay, okay we slept for two and a half hours, took a much needed shower, and hit the streets for an evening stroll.

We had dinner at a nice restaurant called Grasshopper Thai Cuisine. We were starving and the Pad Thai and beef something-or-other really hit the spot. It was where I enjoyed my first New Zealand craft beer, Stoke Lager.

Completely exhausted, even after our nap, we made our back to Sky Tower to catch some great night photos. The best one though, is the shot from our hotel room window. The purple hue of Sky Tower is right over my right shoulder as I type this last sentence of our first post in New Zealand. 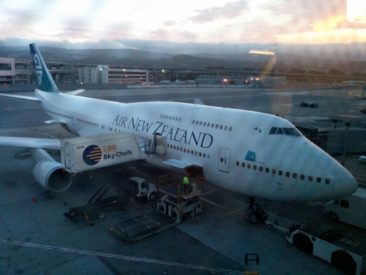 Waiting to board at SFO 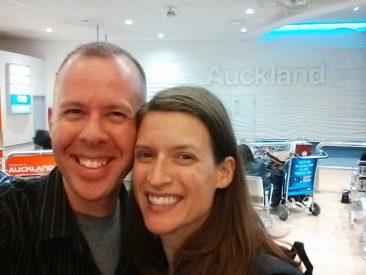 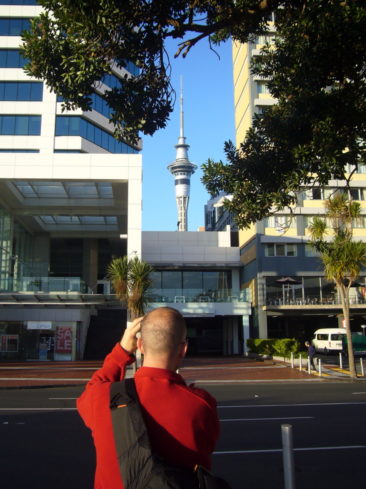 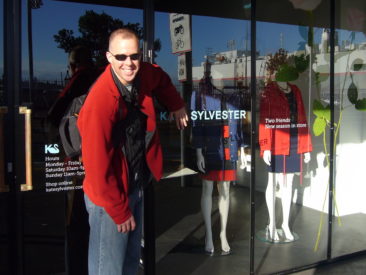 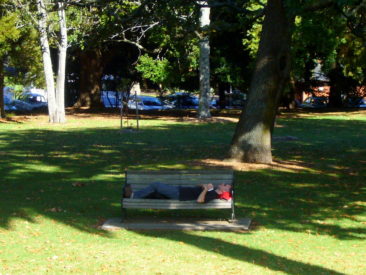 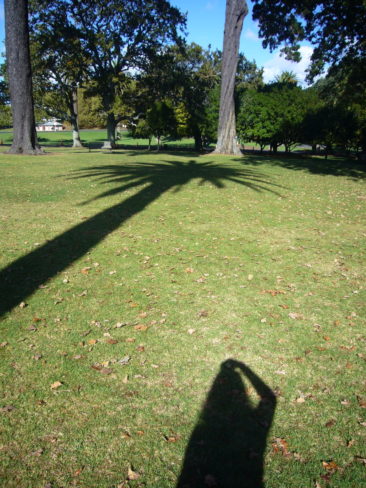 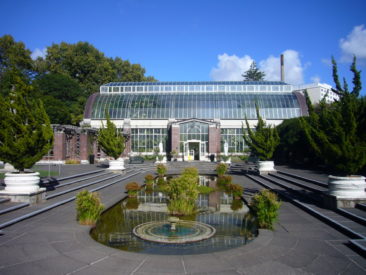 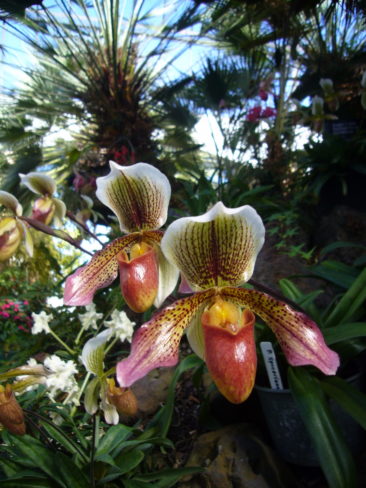 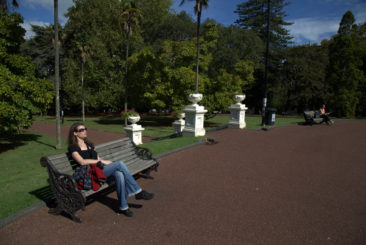 Resting at the park 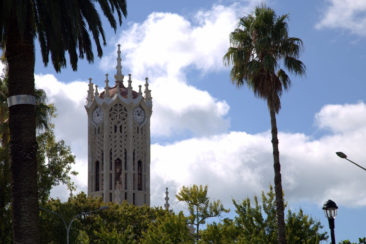 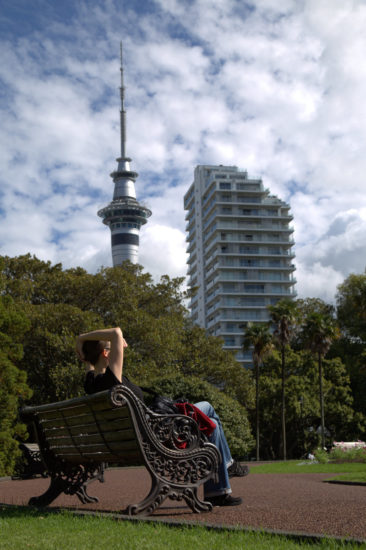 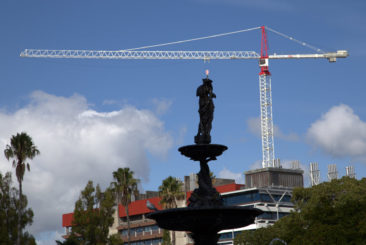 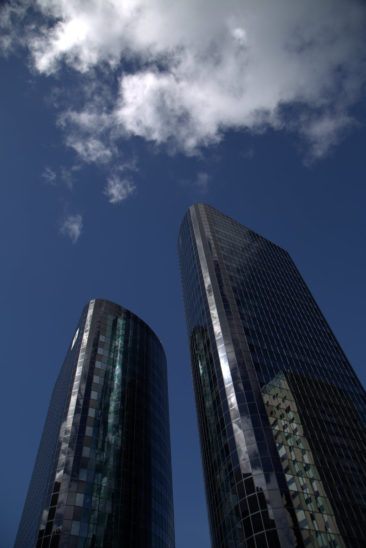 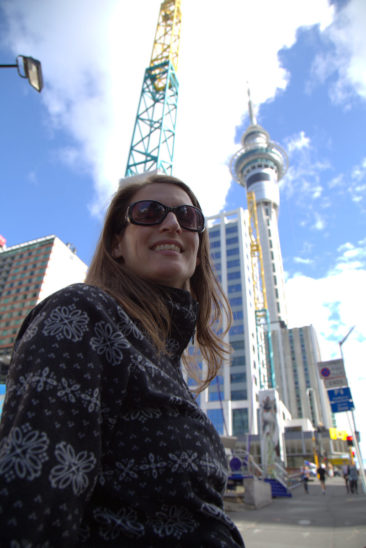 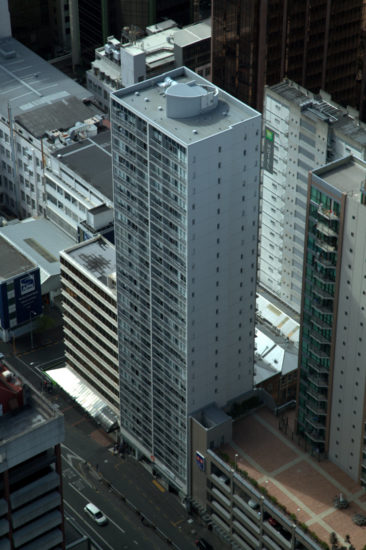 Our hotel from Sky Tower 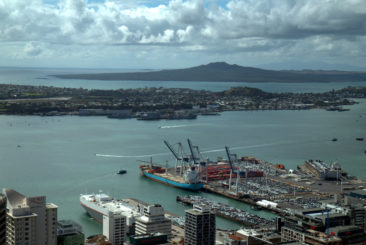 On top of Sky Tower 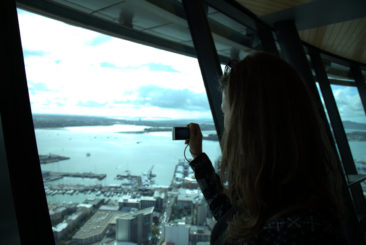 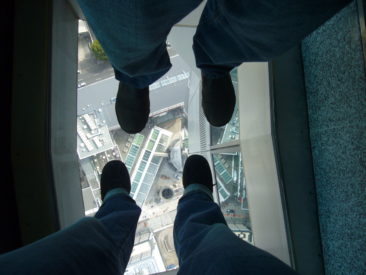 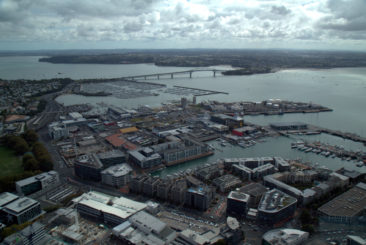 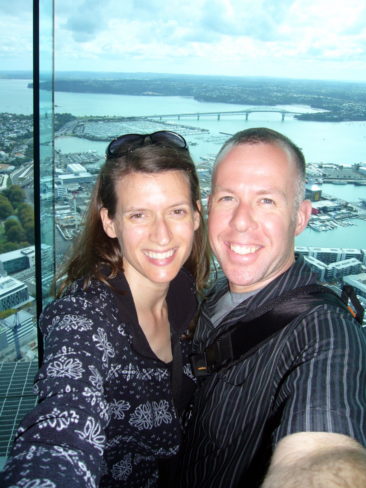 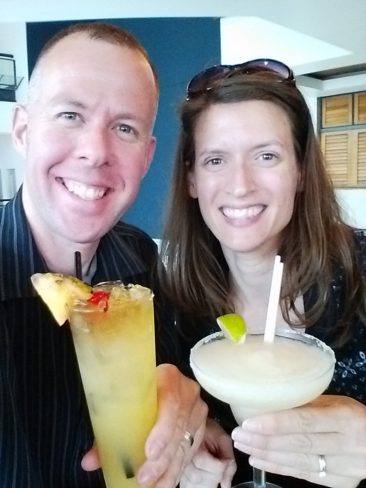 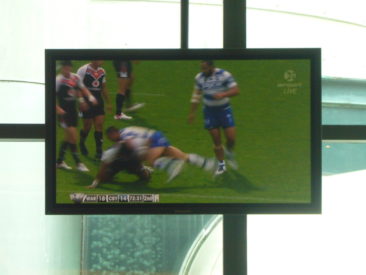 Watching rugby at the bar 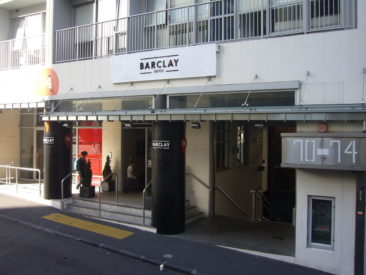 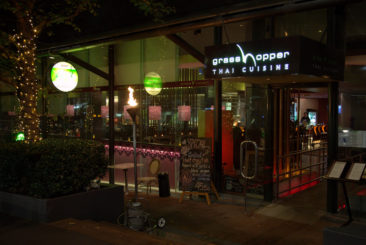 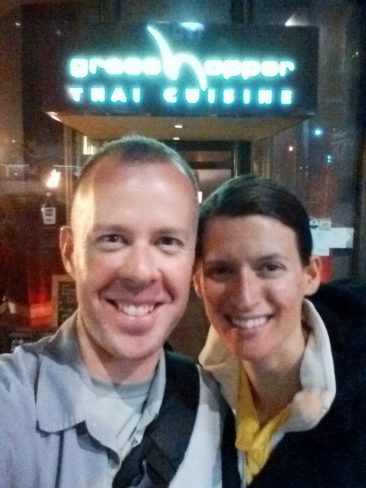 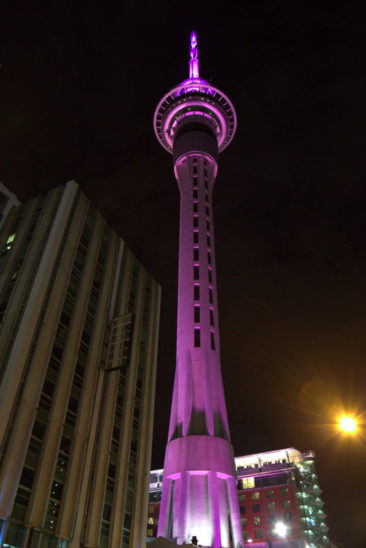 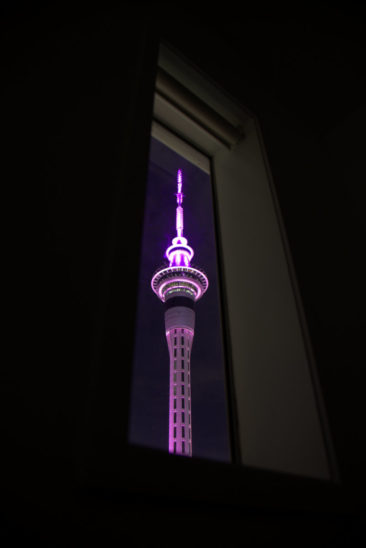 View from our hotel room