Happy 4th of July! … Except for another tourist at a souvenir shop later this afternoon, nobody around us “knows” that it’s 4th of July … after all we are in Italy, not the US!

It is hot today, and with no cloud in the sky there is not hope for much cooling off. The subway system in Rome (Metro) is easy to navigate, but hard on its passengers … it’s completely overcrowded and with the massive amounts of tourists in town this Saturday – combined with the heat outside – it’s a stinky oven regardless of it being only 9am. We take the B line from Cavour to Termini, and from there the A line to Cipro, which is pretty close to the Vatican Museum.

That’s our destination for today: Vatican City, a state within the state (of Italy), since 1929 and home of many popes already before the current one: Pope Francisco I from Argentina. The last one (Pope Benedict) who was the first to actually retire from the job (in many centuries; usually it’s an “until death do us part” type commitment) still lives here at the Vatican, too – as a “simple priest”. While we’re not getting a private audience with the Pope, our tour guide Olga is ready to give us a “semi-private tour (the group has 18 participants) through the museum, the Sistine Chapel and the St. Peter’s Basilica. Around us are (what seems) millions of other tourists, and I’m surprised the place does not get shut down for over-crowing. Instead, every minute more people pour into the museum. While the art, sculptures, tapestries, maps, and everything else is impressive (+) and beautiful, the temperature inside and the crowed cattle-call feel of the tour is impressive (-) as well.

After an hour through the galleries, we reach the Sistine Chapel. Michelangelo was 30 years old when he painted the famous ceiling fresco (it took him 4 years to complete). The large front wall fresco was done – also by him – when he was 60 years old. While the chapel is likely the highlight of the museum tour, the crowd just can’t seem to understand what “Silenzio!” or “No photos!” means. It’s louder than at a train station … I even overhear a woman yell and curse at her daughter. Sad.

Once through the chapel, we make our way into Saint Peter’s Basilica. The dome church is the largest in Europe (length, width, etc.), followed by the ones in London and Florence. Also, no church tower in Italy must be higher than St. Peter’s dome (although the cupola of the Duomo in Florence is larger … but not taller). The late pope John Paul II has his tomb in the basilica, just off to the right of the main area. A spot in the pope’s “grotto” (where most of the popes’ tombs are) is available for him.

It is well into the afternoon when we cross St. Peter’s Square to snap some last photos before technically/officially leaving the Vatican for Rome. After a quick souvenir shopping spree we sit down in the shade of a small pizzeria to rest our feet and enjoy a light lunch. Then we’re back on our way through town – by Metro – to the apartment, to cool off and refresh! 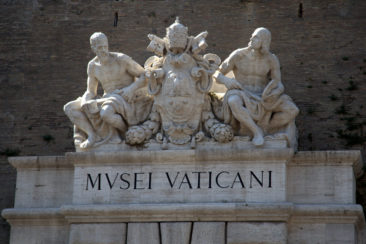 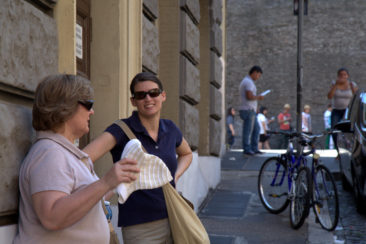 Waiting for our tour 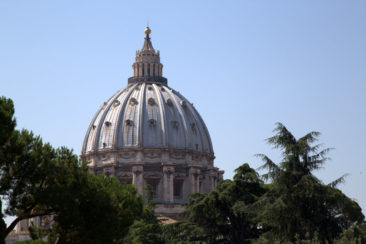 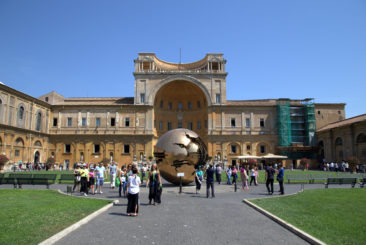 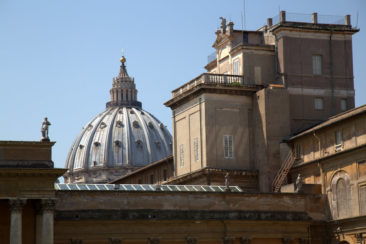 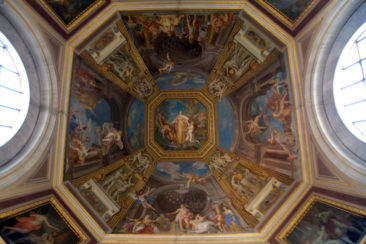 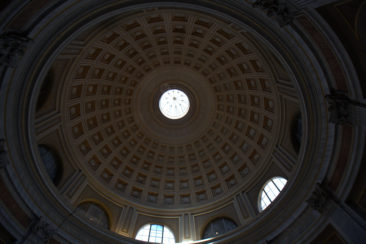 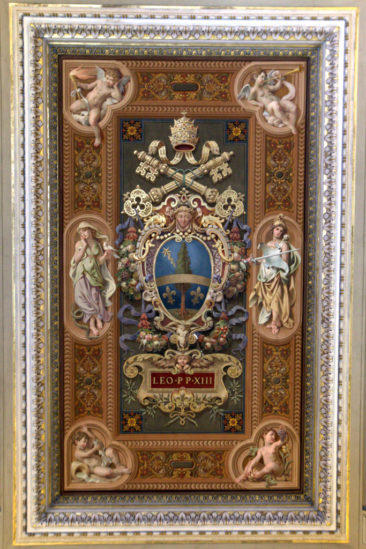 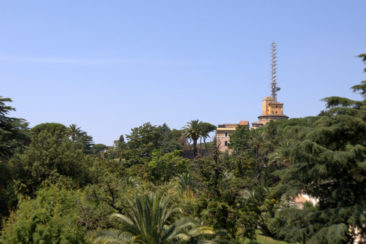 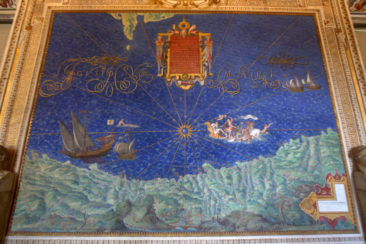 The Gallery of Maps 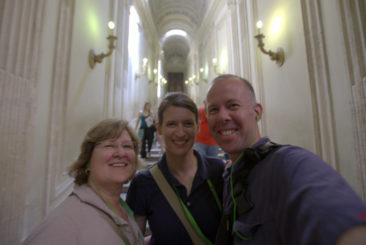 After visiting the Sistine Chapel 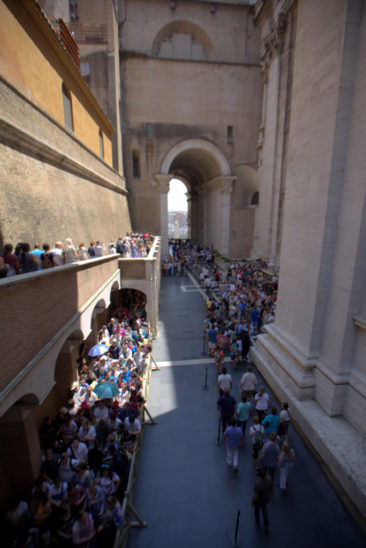 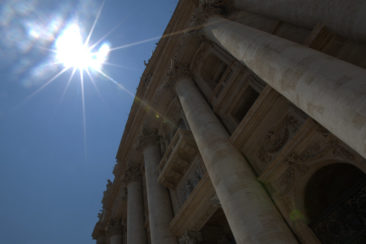 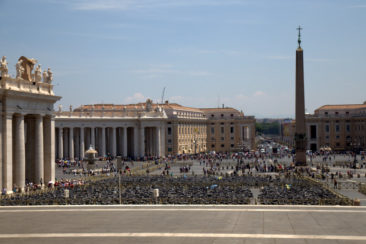 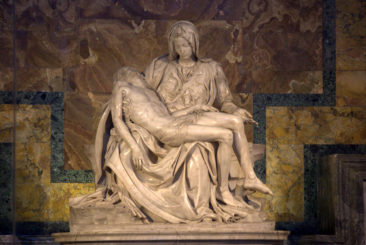 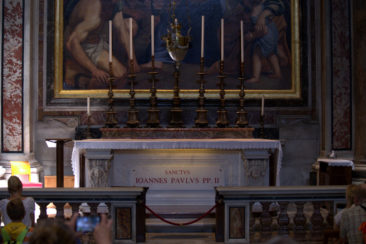 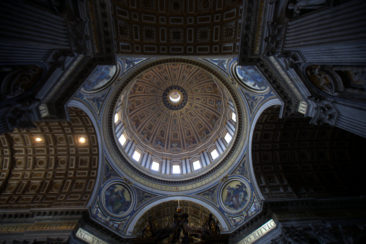 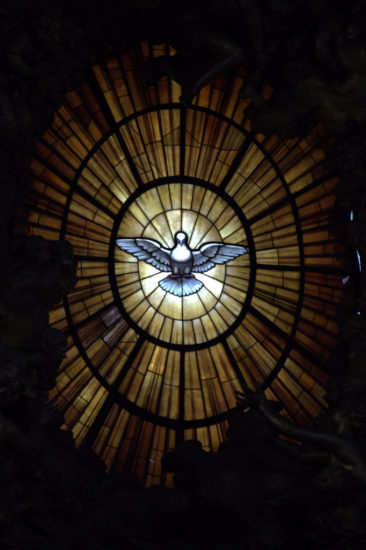 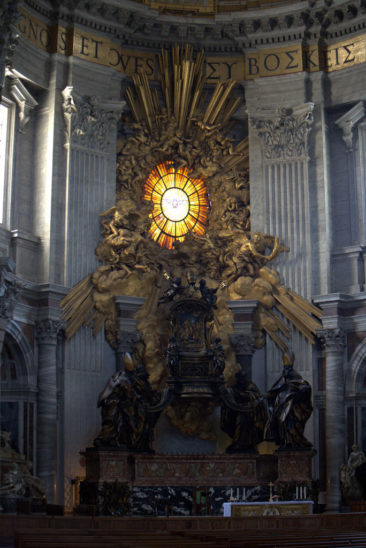 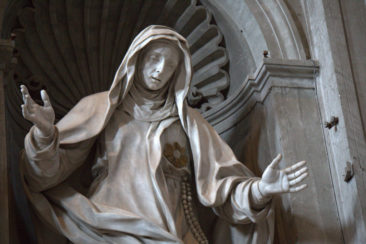 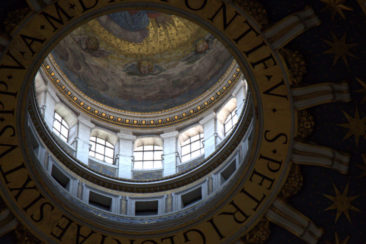 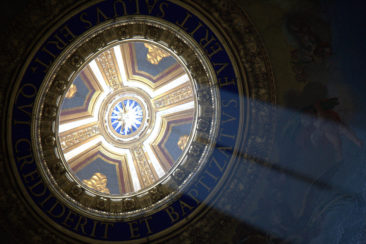 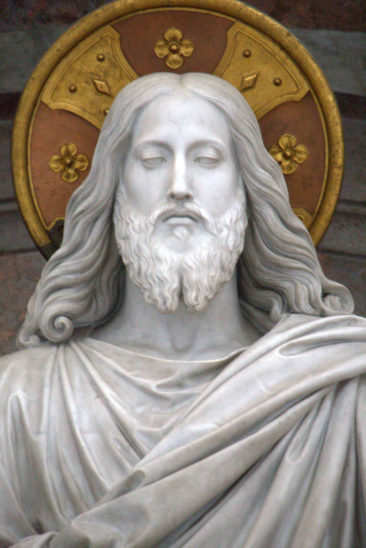 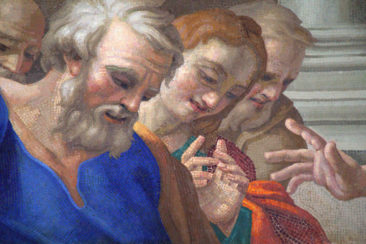 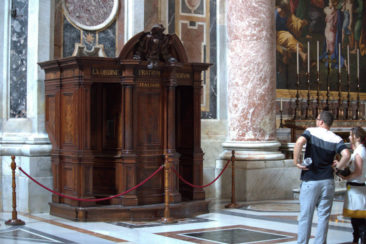 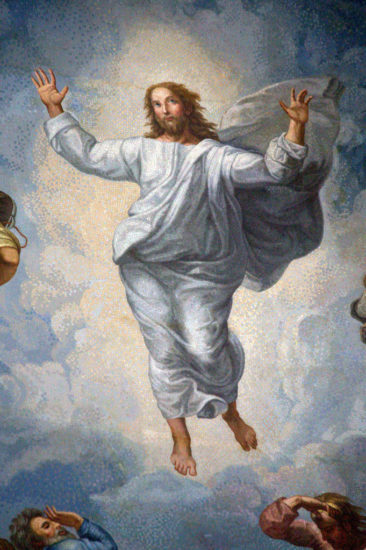 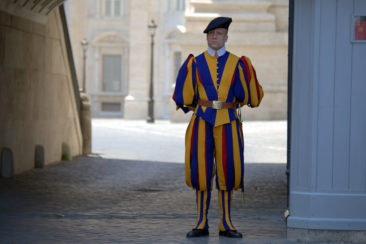 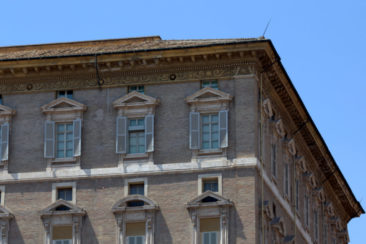 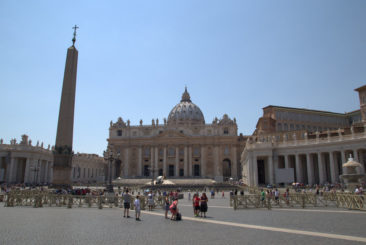