Ready, set, go! Pretty much – grabbing a breakfast snack, gas up and get going. Lots of miles to cover today! We start on I-40 E towards the California/Arizona border. After approx. 3 ½ hours we get to Lake Havasu City, were we stop for gas (so much cheaper in AZ than in CA!). And here is where we find the front grill cover of Kirk’s truck hanging on by the proverbial thread – one little latch is still intact, all others broken off! Good thing we noticed it, take it down and the bed of the truck will be it’s new home until we can glue it back on! 1st casualty …

It’s just a little further down Hwy 95 S to Lake Havasu, where we stop for lunch – and to check out the London Bridge! Yes, that one! Supposedly about to be “falling down” (or sinking in the mud of the Thames river), the city of London decided to sell it and two guys from Lake Havasu bought it, paid to have it shipped and re-assembled here in the early 1970s. Lake Havasu is quite the party town, especially on this Memorial Day weekend! Lots of boats out, blasting music and short & bikinis everywhere. Wearing a T-shirt over out shorts, we seem to be overdressed ..

It’s time to head back out, further south on Hwy 95 and meet up with I-10 E which will take us to today’s destination: Tucson, AZ. Just outside Phoenix, AZ we stop for gas again. And while filling up, Kirk notices the passenger side tire of the trailer missing some chunks of tread. And it’s bulging out. A blow-out in the making! Tire-stores are already closed, but luckily the tire center at the local Wal-Mart, just one exit up, is still open. After paying up for 2 new tires, and Kirk changing them himself (the Wal-Mart guys won’t help since it’s a trailer, not a car), we are ready to head on. On a better note – we’ve been at this exit before! 4 years ago – checking in with a vet on J.T.’s shots (well, getting them done). So I guess we’re now repeat visitors to Buckeye, AZ!

The drive on to Phoenix, AZ and Tucson, AZ is uneventful and by 10:30pm we finally arrive at today’s destination: the Eichelberger’s home! Michelle and Kirk worked together at the Spangdahlem Air Force Base in Germany, and while Michelle, her husband Clint and 2 kids (Emily and Dane) have been moving around a lot, it’s been already almost 8 years since they had last seen each other – in Monterey, CA. Michelle is still up when we get there, and even has dinner ready for us – what a treat! Catching up lasts until midnight before it’s time for bed. As loud as the Flying J parking lot had been the night before, it’s perfectly quiet hear outside Sabino Canyon, near Saguaro National Park on the outskirts of Tucson, AZ (we’re camping in the driveway of Michelle’s home). 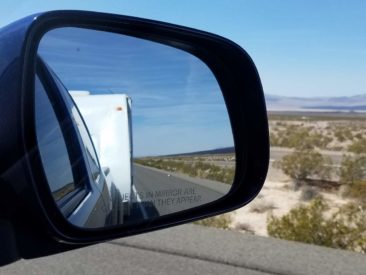 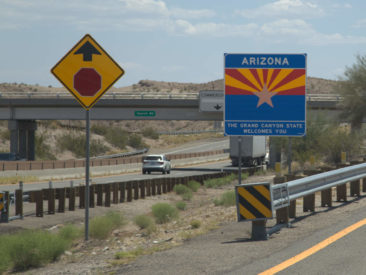 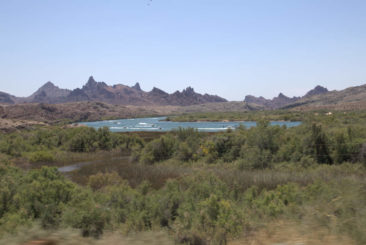 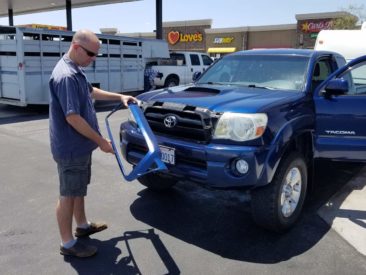 It Just Fell Off… 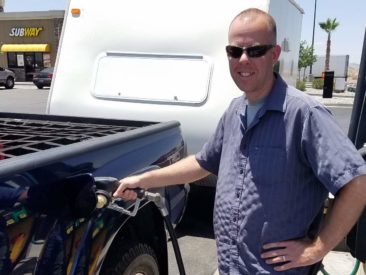 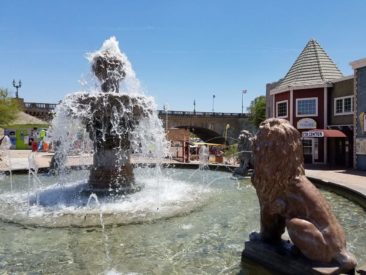 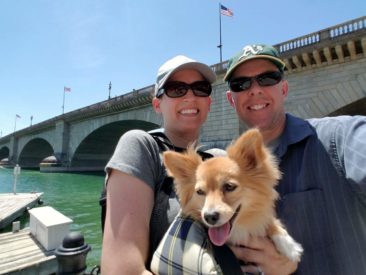 At the London Bridge… in Lake Havasu, AZ 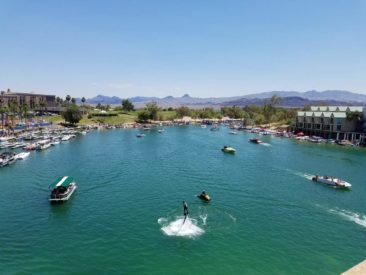 Is That Iron Man? 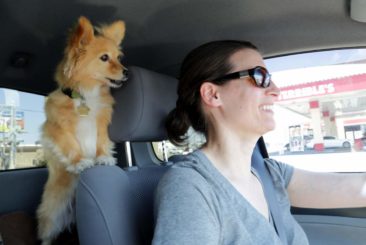 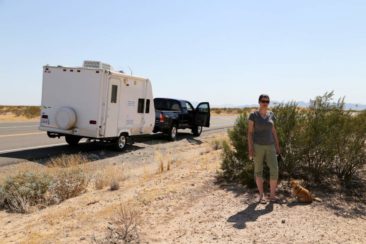 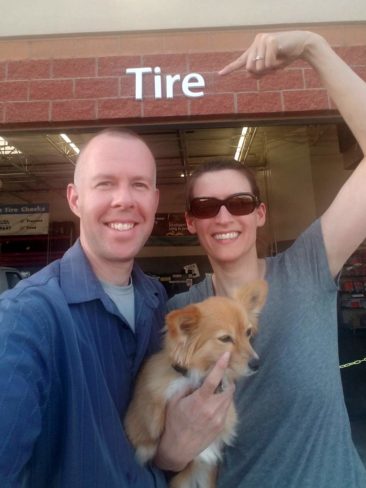 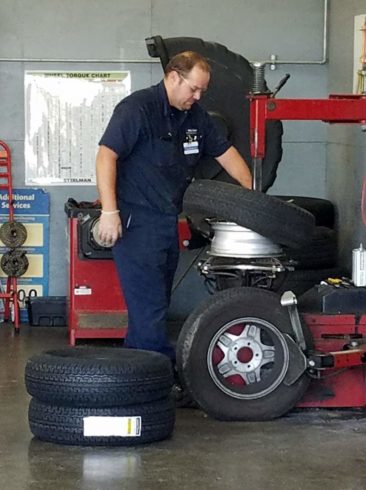 New Shoes for the Trailer 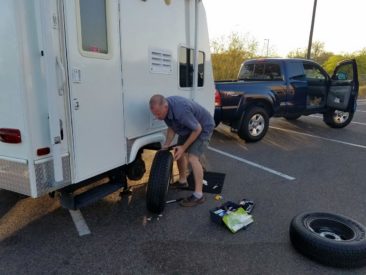 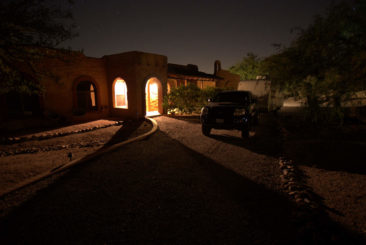 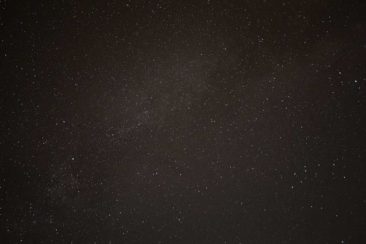