After breakfast, Nils and Priscilla join us at the hotel and we’re all heading out to explore Zurich.

It’s looking like it’ll be your typical summer day – warm, sunny, with rain showers (and possibly more) to come later!

Walking past the main train station and down Bahnhofsstrasse (an expensive shopping street), we soon stop at a famous chocolate store (Swiss chocolate anyone?), but with miles to go, we hold the purchases for later.

We stroll through the west side of the river, towards the first church we want to check out – the Fraumuenster. Perfect timing as heavy rain drops are starting to come down right now … Originally dating back to as early as 732 AD is mas modified and build-onto several times over the centuries. After major restaurant work was completed in the early 20th century, new stain glass windows were added, including the famous Chagall windows in the choir room from 1978.

Exiting the church, the rain is gone and the humidity is high! But thus won’t stop us, so we head across the Limmat river to the eastern side, and up to the Grossmuenster, the largest church in town. It’s again starting to rain, so we head in to explore. “Much” younger (in European timeline), this church was built in 1100 AD. Interesting stain glass windows are overshadowed by the opportunity to climb the west tower – which all 5 us successfully attempt. A beautiful view over the city, the surrounding hills (including Uetliberg), Lake Zurich and the snowcapped mountains beyond opens up to us.

Just a stone’s throw away is Kirchgasse 42, where Opopharma still has its sign on the gate. It’s been a long time since my Dad worked here.. all kinds of memories! Then we’re headed towards the lake and Buerkliplatz, where we catch the public transit ship – ideally touring around the upper half of the lake to present beautiful views of the lake and the city. A sightseeing tour on a boat has never been cheaper!

After a quick lunch on board and nice relaxing views of the area, we arrive back at the downtown stop and get off, for more trolling and exploring. Near the Opera house, we stop for Moevenpick ice cream – very good ice cream and perfect for a hot day as it has turned out to be.

Then we head on through ‘s Niederdoerfli, with more store fronts, café’s and old houses to see. We walk a total of 9K-4K steps today (depending on whose phone tracking app we believe) by the time we get to Dynamo, a bar right by the river, next to the hotel. We sit outside to enjoy a drink while watching the youth jump off the bridge into the Limmat for a refreshing swim. Over, and over again. It’s fun!

Afterwards it’s time to say Goodbye tour Zurich tour guides Nils & Priscilla. After a fun day out in the sun, we’re ready to grab a snack and turn in for the evening (give in to jetlag that is taking over).

Looking forward to getting on the road – uhm train tracks – tomorrow morning! 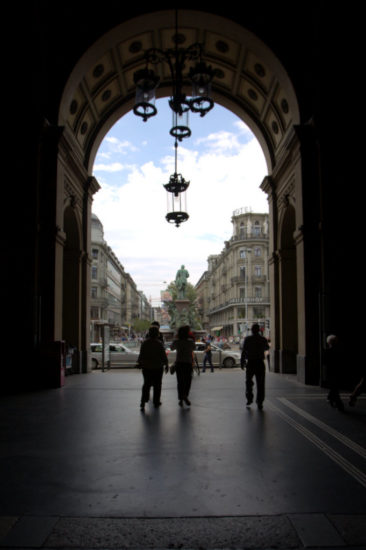 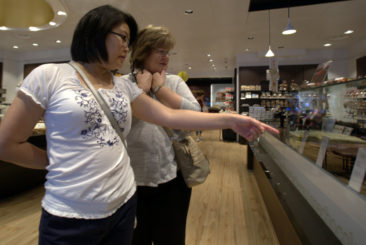 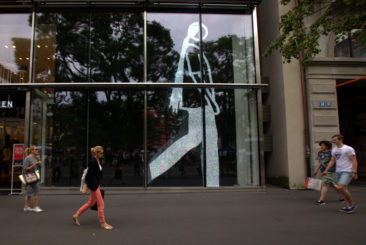 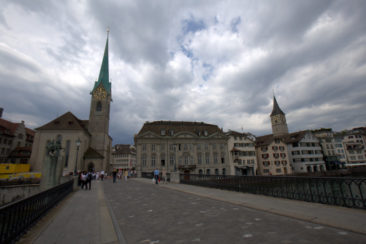 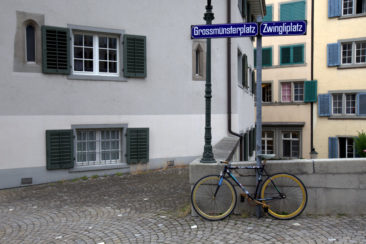 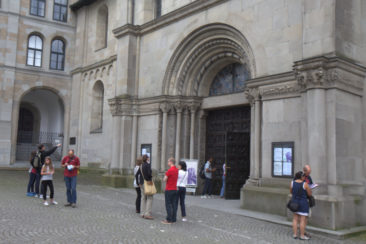 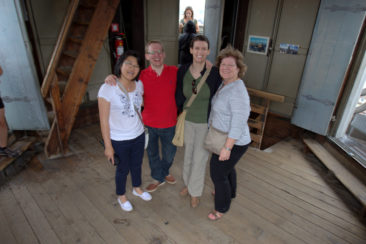 Top of the tower 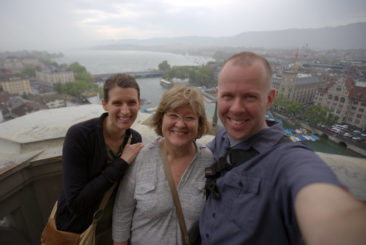 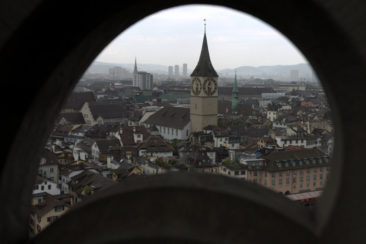 Save the clock tower! 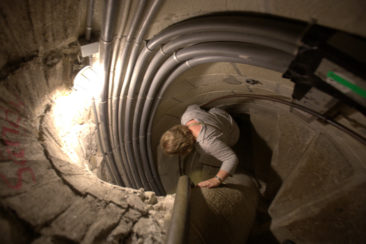 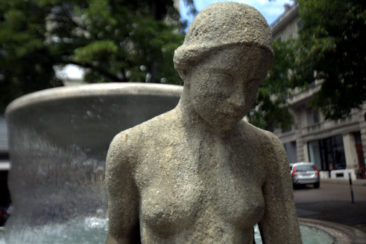 Where are her clothes? 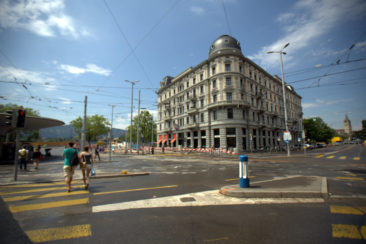 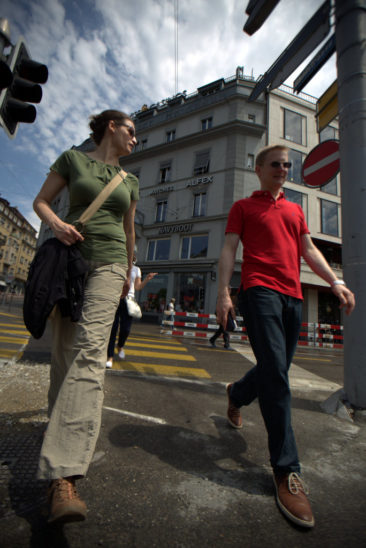 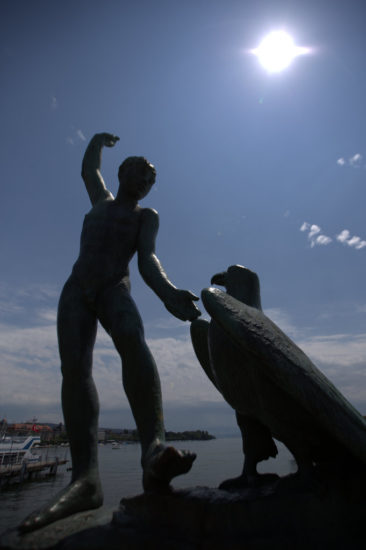 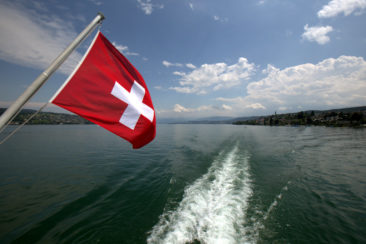 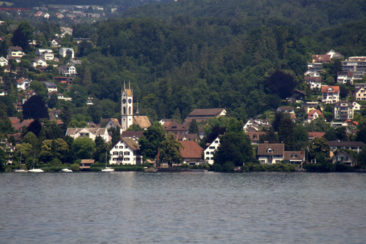 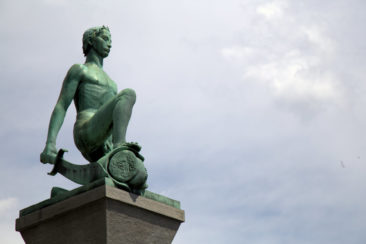 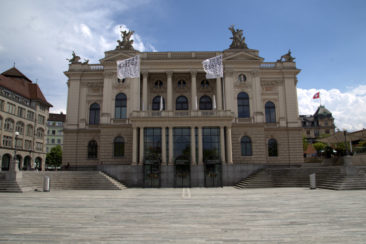 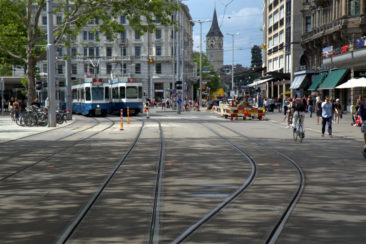 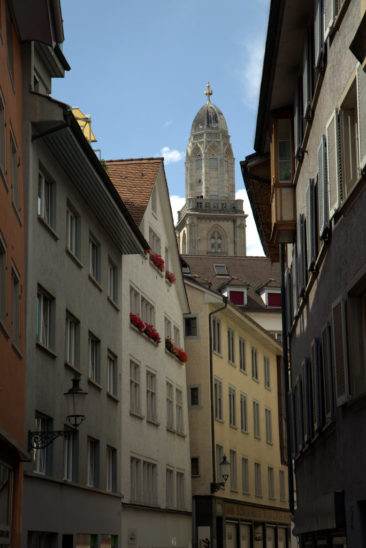 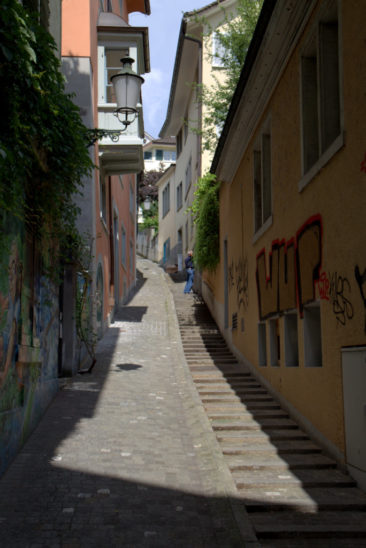 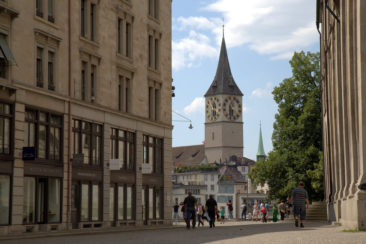 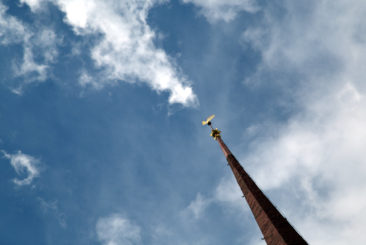 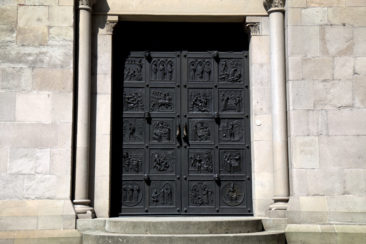 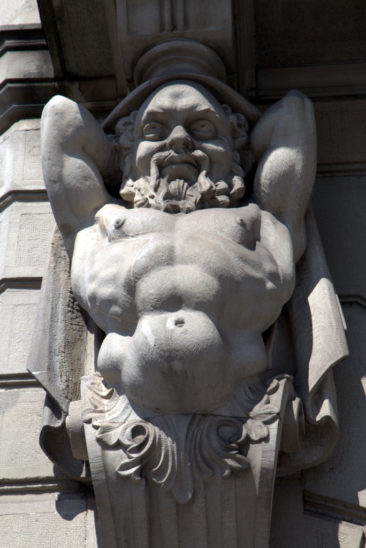 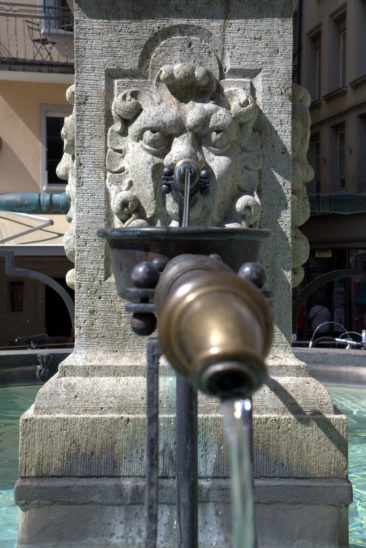 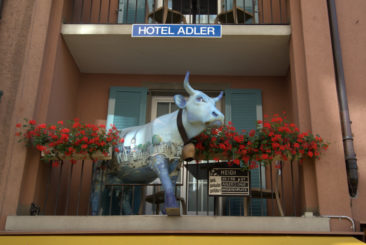 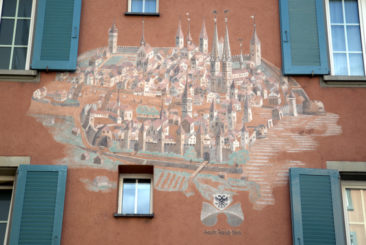 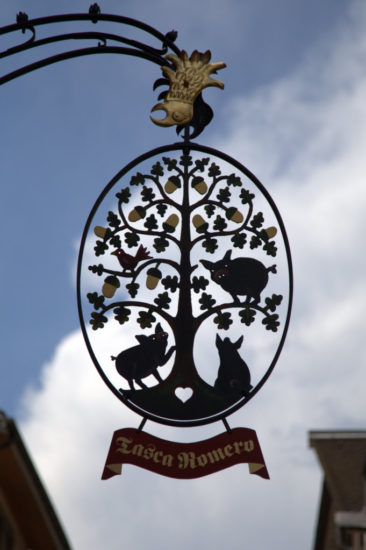 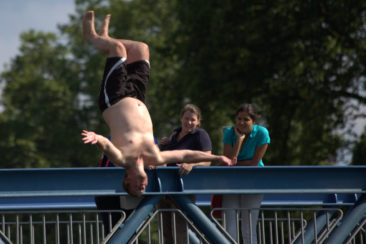