If the shoe doesn’t fit, it doesn’t fit. And no matter how good of a deal it was, or how nicely the colors of the boots match the ones of the skis – it’s not going to be fun on the run.

What run? What boot? Well, let’s just say we were completely outfitted & ready for our very first skiing weekend together – at Heavenly at Lake Tahoe – when Kirk realized that the ski boot that had fit perfectly at the shop did not work so great in action. Too stiff – as we found out much later.

Nevertheless, we got a couple of nice photos from our photos stop at 10,000 ft, where Clae, Kirk & I were enyoing the sun and ignoring a non-cooperating ski boot. (Kristina & Kody stayed at lake level to play in the snow that day.) 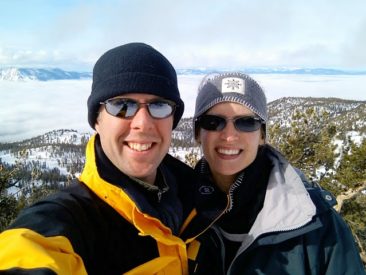 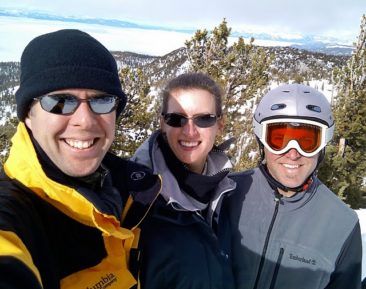 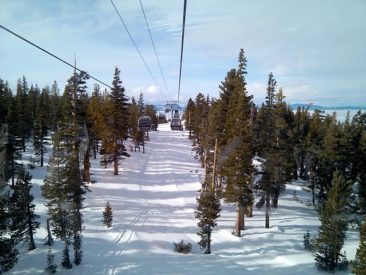